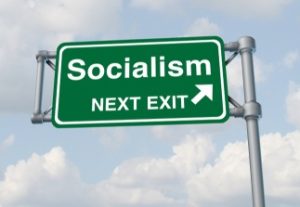 QUESTION: Dear Mr. Armstrong, Thank you for everything you do so well.
My question to you is, “Do you agree that absolutely anything paid for using collected/extorted tax dollars is socialism?”
Thanks in advance.
Dave

ANSWER: No. Building roads, schools, and infrastructure is not socialism. You cross that line when you engage in class warfare. This often starts with promises to treat people differently under the law based solely upon their status or income, and “redistribute” their wealth as if it were a charity. This violates the Equal Protection of the law and Obamacare was a good example. The Supreme Court upheld it as a TAX rather than as advertised. It was to punish the youth for not buying insurance they did not need nor could afford to lower the cost for others.

Social Security is another example. They rob people of their income under the pretense that they will provide for you in your old age, then lower the benefits and keep raising the age qualification. They then seize your income and buy only government bonds, denying the average person the right to invest. They blame the “rich” for everything, but the “rich” get rich NOT by wages but by investment. So they deny the lower classes the right to provide for their own future and deny them the right to invest.

Socialism is when they tax people under the pretense of helping in a way that goes beyond the common needs of society. Once you move beyond the infrastructure that is a common function to allow for commerce, you then begin to approach the Marxist theory which has been proven time and time again to fail. Self-interest is critical and government will NEVER act in the self-interest of others, only itself.

The government should be the unbiased arbitrator standing between people like King David judging which of the two women the child belonged to. As soon as the government has a stake in the game, courts became corrupt.

Our own conviction rate is nearly 99%. Even Adolf Hitler had a conviction rate of about 90% at his notorious People’s Court under Roland Freisler (pictured in the center) who was the most bloodthirsty of all the head judges to rule that court. Even Wikipedia writes:

“The number of death sentences rose sharply under Freisler’s stewardship. Approximately 90% of all proceedings ended with sentences of death or life imprisonment, the sentences frequently having been determined before the trial. Between 1942 and 1945, more than 5,000 death sentences were handed out, and of these, 2,600 through the court’s First Senate, which Freisler headed. Thus, Freisler alone was responsible, in his three years on the court, for as many death sentences as all other senate sessions of the court together in the entire time the court existed, between 1934 and 1945.”

Our conviction rate today of about 99% in federal court has surpassed the most notorious court Hitler maintained in determining if you were Jewish or any part thereof which had a 90% conviction rate. That is not something we should be proud of. There can be no liberty when the courts are controlled by the government. Socialism ends up being the excuse used to exert power and nothing mor