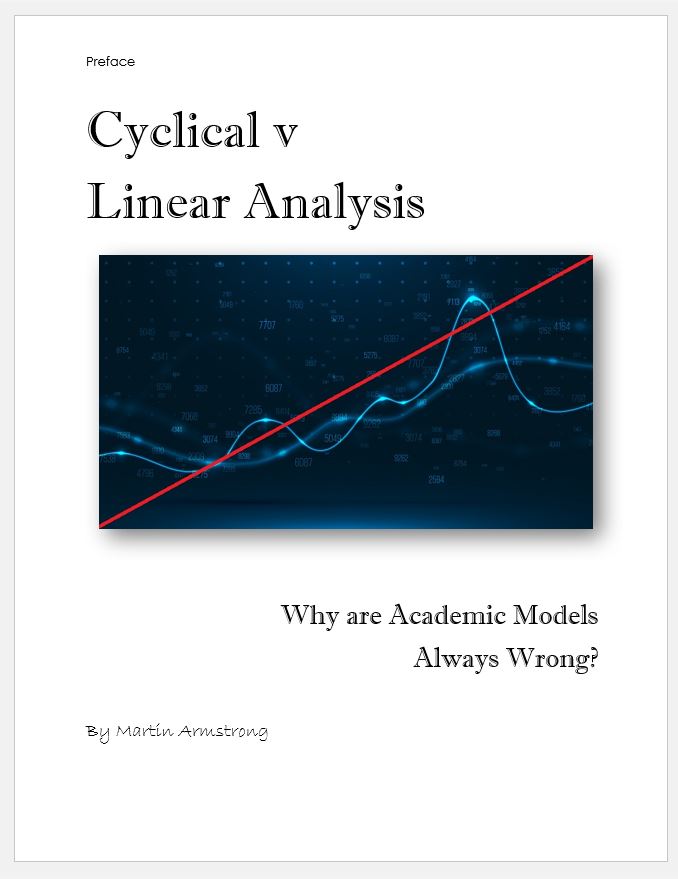 A lot of people have inquired as to how our Computer System has been so accurate in forecasts not just markets and economic booms & busts, but political like the Trump victory and Brexit to the latest that the Coronavirus would peak in April ideally the week of April 6th,2020 when scientists, they claimed, were forecasting it would last for 18 months of longer. This special report dives into the methodology of academics in  all fields other than physics who use the assumption that if the temperature rises by 0.1% last year, they extrapolate that out and project we will all die in 20 years because a 1.5 degree increase will destroy the planet. 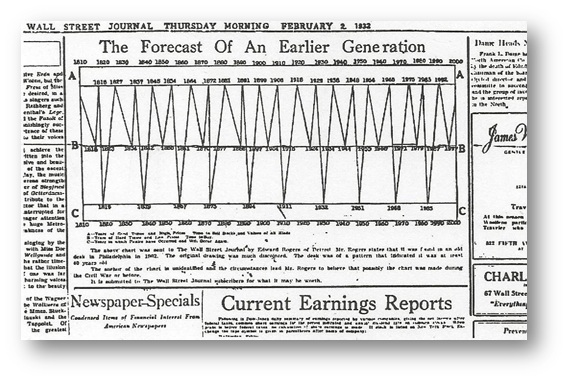 All of these forecasts have been simple linear progressions which are absurd. This is like saying the Dow rose 1,000 points last years so it will do the same for the next 20 years. We all know that such forecast are a joke. Even the Wall Street Journal would never publish such a forecast. They published a cycle back in 1933. Nevertheless, we have politicians imposing regulations all based upon this analysis that is not just a joke, it is an outright fraud. 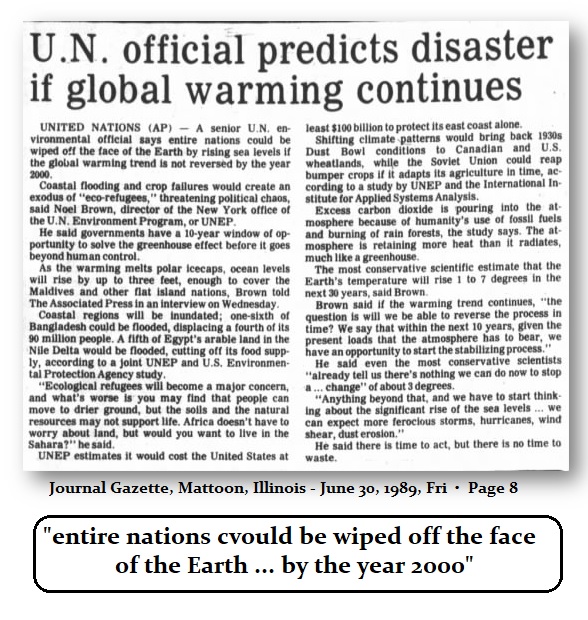 This report has gathered all these forecasts since the beginning of the 19th century that mean we should all be dead by now. Despite these forecasts always being wrong, the press continually prints them all the time. The United Nations said entire nations would be wiped out by 2000. I think the data is 2020 if I am correct and nobody manipulated the calendar. 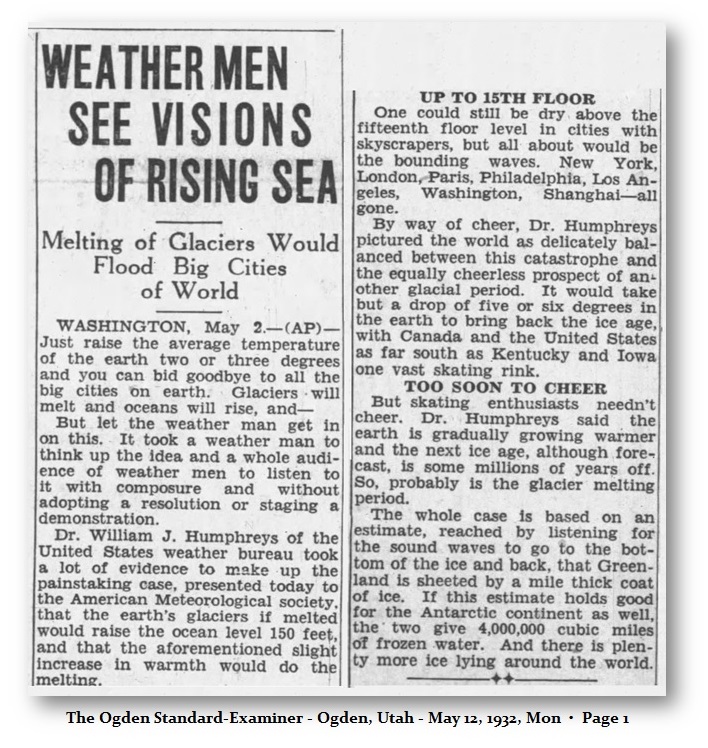 In 1932, they predicted the glaciers would melt and the water would rise to the 15th floor in New York City. You just can’t make up this stuff.  This is the methodology being used by all of these academics and in disease, this is what Gates has been funding to change the world based upon total nonsense.