Re-Posted from The Conservative Tree House on July 6, 2019 by sundance

Several media outlets are reporting on the arrest of Jeffrey Epstein on new charges relating to his prior controversial Florida arrest and conviction of sex crimes.

(Via Daily Beast) Billionaire pedophile Jeffrey Epstein was arrested for allegedly sex trafficking dozens of minors in New York and Florida between 2002 and 2005, and will appear in court in New York on Monday, according to three law enforcement sources. The arrest, by the FBI-NYPD Crimes Against Children Task Force, comes about 12 years after the 66-year-old financier essentially got a slap on the wrist for allegedly molesting dozens of underage girls in Florida.

For more than a decade, Epstein’s alleged abuse of minors has been the subject of lawsuits brought by victims, investigations by local and federal authorities, and exposés in the press. But despite the attention cast on his alleged sex crimes, the hedge-funder has managed to avoid any meaningful jail time, let alone federal charges.

The new indictment—which, according to two sources, will be unsealed Monday in Manhattan federal court—will reportedly allege that Epstein sexually exploited dozens of underage girls in a now-familiar scheme: paying them cash for “massages” and then molesting or sexually abusing them in his Upper East Side mansion or his palatial residence in Palm Beach. Epstein will be charged with one count of sex trafficking of minors and one count of conspiracy to engage in sex trafficking of minors—which could put him away for a maximum of 45 years. The case is being handled by the Public Corruption Unit of the Southern District of New York, with assistance from the district’s human-trafficking officials and the FBI. (read more)

Daily Beast: Jeffrey Epstein ” arrested for allegedly sex trafficking dozens of minors in New York and Florida between 2002 and 2005″https://www.thedailybeast.com/jeffrey-epstein-arrested-for-sex-trafficking-of-minors-source …

The billionaire pedophile was reportedly arrested on Saturday night and will appear in New York court on Monday to be charged with sex trafficking, according to law enforcement.

This comes 2 weeks after the DOJ argued against the rescission of the Epstein Non-Prosecution Agreement in the victims’ Florida case. 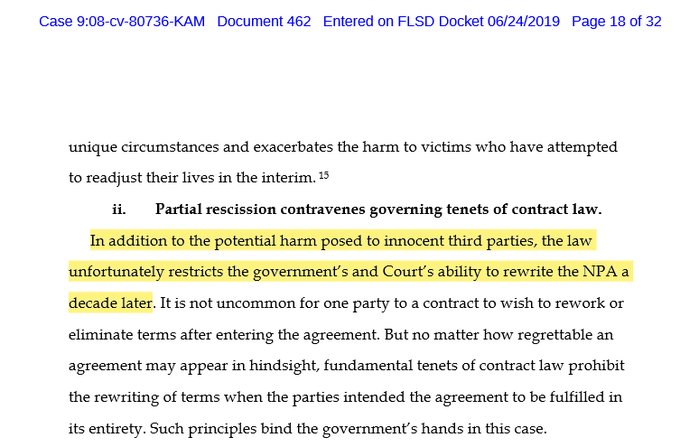 276 people are talking about this

Techno Fog@Techno_Fog
· May 24, 2018
Wait. Was pedophile Jeffrey Epstein an informant for Mueller’s FBI?

From the 5/24/18 FBI Vault release: “Epstein has also provided information to the FBI as agreed upon.”

Is that why he escaped serious charges for molesting over twenty girls? 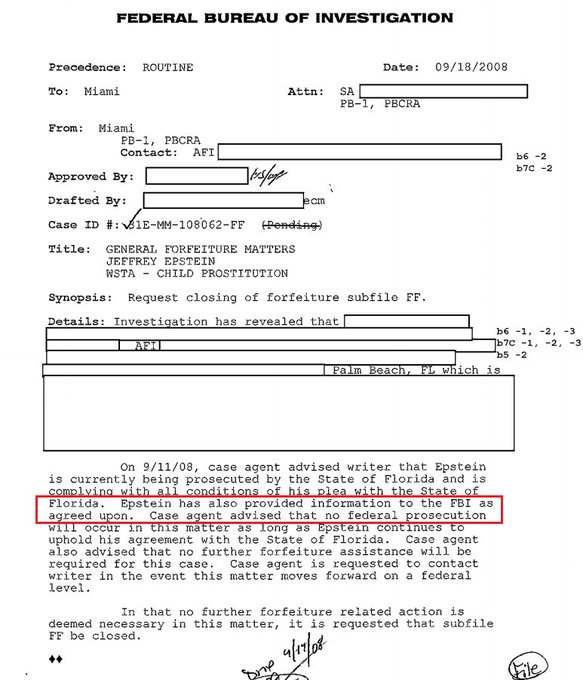 Here’s the thing: I’m seeing nothing in Epstein’s 2007 plea deal with the DOJ that required him to provide information to the FBI. (see pics)

This begs the question of whether there was a separate agreement – still undisclosed – with the FBI. 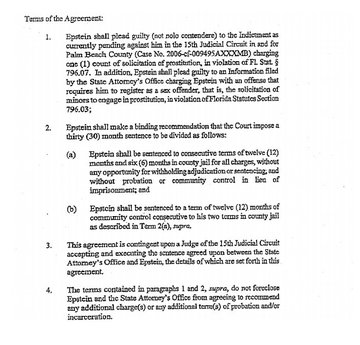 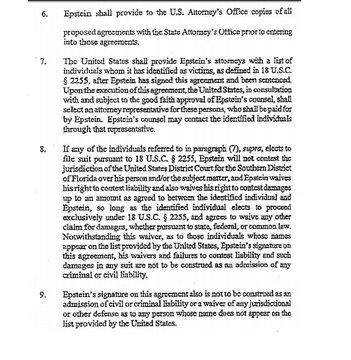 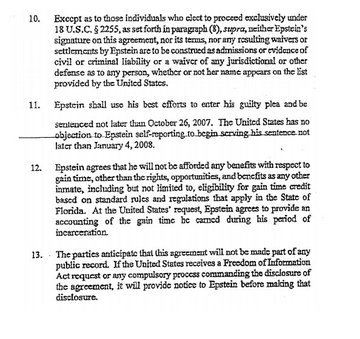 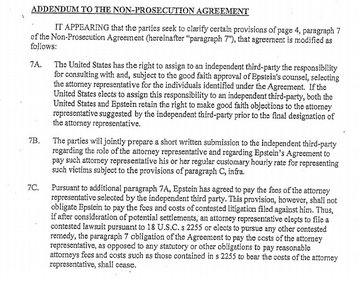 843 people are talking about this 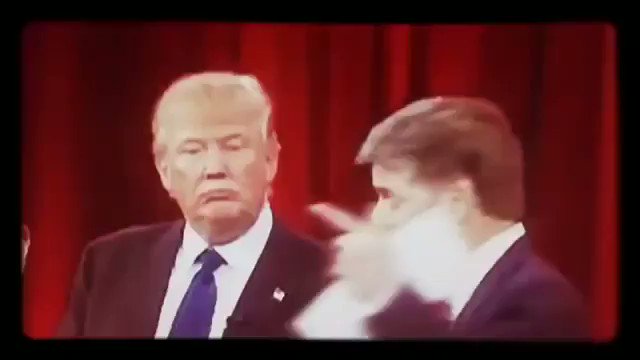