Re-Posted from The Conservative Tree house on November 30, 2019 by sundance

Former Vice President and historic slayer of the ‘Corn Pop’ gang, Joe Biden, is hoping to kick start his Iowa campaign with a fresh new slogan. This is not a spoof.

Looking at this branding decision is enough to make us wonder if there isn’t a sneaky operative within the Biden campaign who is telling them to do stuff like this. Quite possibly the next campaign decision will be to start handing out butterscotch candy.

This also happened today….  Also not a spoof… For some apparent reason during the rollout to introduce the new and improved Joe Biden, the candidate just started randomly nibbling on his wife’s fingers while she was on stage giving an introduction speech at the very first event for their new “Malarkey” Iowa tour.

I slowed this video down and zoomed it in. This is some creepy boomer sh*t.

Watch. It’s horrifying. Even Jill Biden is noticeably creeped out.

FYI This is at his campaign’s “relaunch and fix” Joe’s image. 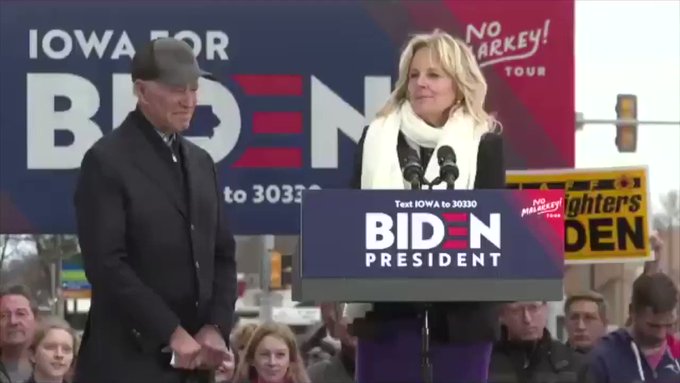 1,494 people are talking about this

I’m not exactly sure what’s going on, but ever since the Corn Pop episode, things around Biden have only gotten more strange.

Biden: ..by the way, I got hairy legs that turn blonde in the sun and the kids used to reach in the pool and rub my leg down and watch the hair come back up again..& I tell ya what the men, the guys I worked with down here, they were all guys at the time 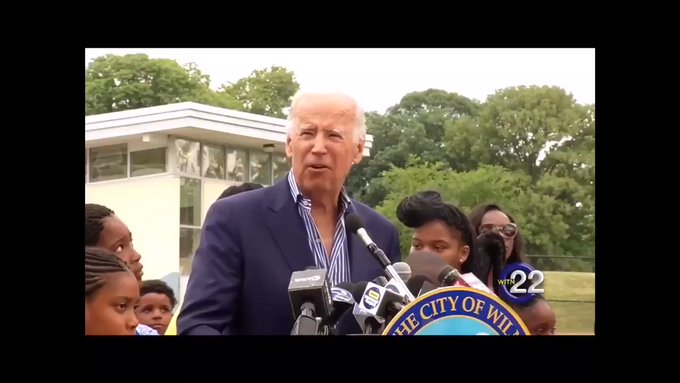 1,803 people are talking about this