Re-Posted from The Conservative Tree House on February 23, 2020 by sundance

Apparently, for reasons they cannot quite fully explain, it takes a few weeks to count the votes from Democrat caucuses.  The DNC has reported that sometime mid-week next week the Iowa caucus results will be released.  With that in mind the Nevada caucuses were held yesterday, here’s the most recent update:

Nevada caucus results are starting to come in, albeit there are again delays with reporting from most precincts; however, it is clear Bernie Sanders is well positioned for a blowout victory likely to exceed 50% of the Nevada vote.

A troubling early indicator for Democrats shows up in early vote responses showing a lack of turnout amid Latino and Black voters.  Something to keep watching

Re-Posted from The Conservative Tree house on February 22, 2020 by sundance

The Nevada Caucuses are taking place today to select the Democrat presidential candidate. For the first time this year Nevada had early caucuses voting last week and there were a great deal of votes cast.

Caucuses begin at Noon local time, 3:00pm Eastern.  Due to early caucus voting we should start to see some results around 4:00pm to 4:30pm as precincts call-in their results.

Re-Posted from The Conservative Tree House on February 21, 2020 by sundance

At first this seemed like some kind of spoof…. alas, in reality, this is what billionaire Mike Bloomberg is spending his money on.  Good grief, the left really can’t meme.

Apparently this is supposed to be some kind of hit against President Trump… but it’s just plain silly.  The only thing this billboard does is highlight President Trump as an ordinary person; heck, Trump likes ketchup too.  So what?

However, there’s a boomerang message; because the implied message is Billionaire Michael Bloomberg’s elitism.  What a doofus. This is what Bloomberg’s spending his money on?  Next up: Donald Trump Eats McDonald’s French Fries”…

Re-Posted from The Conservative Tree House on February 21, 2020 by sundance

The New York Times and a host of allied political narrative engineers attempted to spin up another Russia narrative yesterday.  The claim surrounds a briefing by DNI Joseph Maguire (pictured below) to the House Permanent Select Committee on Intelligence (HPSCI).  Adam Schiff and house Democrats in the briefing claim DNI Maguire stated Russians favored President Trump and would work to assist his re-election.

The Democrat spin was to claim President Trump replaced Maguire as an outcome of this briefing; and Trump wants to ignore Russia interference assistance. etc. etc.  The media ran with the framework of the Democrat narrative; and the political operatives piled-on.

However, in a surprise move Jake Tapper actually undercuts the narrative engineering through his own sources with information on the reality of the briefing:

(1) DNI Joseph Maguire never said Russia was, would, or is working to interfere in the election to help President Trump.  Rather the briefing nuance was that Russia has an understanding of Trump and would likely view him as a deal-maker they could work with and Sanders, Buttigieg et al were unknowns.

(2) President Trump wasn’t angered at the Maguire briefing; however, he was angered that he had to find out about the briefing from GOP members of the HPSCI instead of Maguire briefing the President on the material prior to briefing congress.  The executive office was blindsided by committee members asking questions of the White House, when Maguire never informed the President of his briefing material in advance.

Those two points were spun wildly by the left-wing media.  Kudos to Jake Tapper for setting the record straight.

However, it is not a surprise for President Trump to end the tenure of Maguire as DNI given this end-run around the President and the possibility Maguire’s motives might just be another example of the intelligence community undercutting the office of the President. [I would say that’s highly likely]

The fact DNI Joseph Maguire would brief congress without informing the White House of the briefing material highlights a possible intent by Maguire to undermine the President.  Whether that intent is accurate is a moot point.  The action by Maguire leaves open the possibility, and his lack of judgement created a mess for the White House.

Therefore Maguire’s action showed poor judgement and a compromise within his position.  Given the sensitive nature of the position he holds, both issues are fatal flaws.

Bill Whittle
Mike Bloomberg surges in national polls and seems, for the moment, to be the only Democratic presidential candidate who can dislodge Bernie Sanders from his plurality lead. But as he muscles his way to the top of the heap, he’s dragging his baggage behind, a legacy of alleged racist and sexist attitudes, not to mention his prickly and pallid personality. What’s become of the DNC when its choice may be a socialist or a billionaire former Republican? Can anyone in that field overcome Bloomberg’s business and organizational savvy, his massive field operation, and ad buys? Members make this show, and if you join them, you’ll access backstage content, and unlock new levels of engagement with folks who love this country like you do. https://BillWhittle.com/register/

Re-Posted from The Conservative Tree House on February 20, 2020 by sundance

It was the final question in a wild and furious Democrat debate last night: “If no candidate earns the majority of delegates how should a nominee be chosen?”  Should the candidate with the most delegates be selected as the nominee?

With proportional distribution this difference of opinion could be problematic if most of the candidates stay in the race (quite probable now, except Biden) and split the non-Bernie vote. Yet, Bernie Sanders beats them all in the popular vote and earned delegate count.

After the first round delegate count at the convention the 700 ‘Super Delegates’ could select a ‘non-Bernie’ nominee in round two. This has always looked like the Club plan; however, Team Bernie will likely go bananas.

Harry Reid: Brokered convention ‘not the end of the world’http://bit.ly/32gdZYf 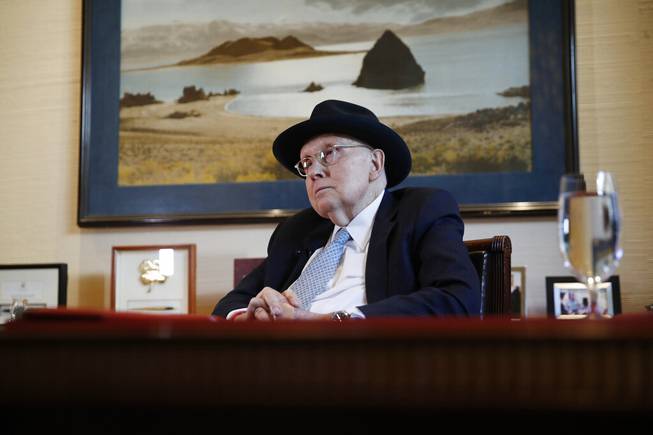 91 people are talking about this

Re-Posted from The Conservative Tree House on February 19, 2020 by sundance

Despite not being on the ballot in Nevada, tonight will be Michael Bloomberg’s first appearance on a Democrat debate stage.Tonight’s presidential debate is hosted by NBC, MSNBC, Telemundo and The Nevada Independent. Start time 9 p.m. Eastern.

The Club is highly restricting the broadcast options for viewing.  However, the Debate is being broadcast on NBC and available on-line HERE

If you are watching via NBC broadcast, MSNBC cable or on-line, feel free to share your opinions in the thread comments below.

Re-Posted from The Conservative Tree House on February 18, 2020 by sundance

It’s magic… serendipity even.  On the eve of the Nevada Democrat presidential primary debate, the financier of the 2020 DNC Club magically happens to qualify thanks to an NBC poll.  You couldn’t write a more transparently obvious DNC Club road-map, and get people to believe it…

The multi-billionaire former New York City mayor needed to rank high enough in one more poll to make the cut, and he did it in impressive fashion in an NPR/PBS NewsHour/Marist survey released early Tuesday.

Bloomberg, who’s been flooding TV airwaves with hundreds of millions of dollars in ads, has yet to appear in any debates even as he’s risen steadily in polls. And his Democratic rivals have said they’re anxious to challenge him face-to-face about controversial aspects of his record. (read more)

To be fair, this needs to happen.  Bloomberg needs to finally stand in front of his peers and take the heat.  However, the transparency of the road-map being deployed by the Club is stunning in its brazen deployment.

Bernie Sanders supporters have to see how transparent this manipulative scheme from the professional DNC class really has become.  Seriously, at this point they have to see it or they are obtuse to the point of blindness.

…”and remember, no standing on boxes!”  LOL.

Will Bernie, Biden and Warren team up on Mini Mike?  Seriously, tomorrow night’s debate might actually be the first one that’s fun to watch.

Re-Posted from The Conservative Tree House on February 18, 2020 by sundance

On tonight’s Tucker Carlson broadcast he correctly notes the narrowing Democrat field is eventually going to come down to Bernie Sanders -vs- Michael Bloomberg.

During a Carlson monologue he outlines and eviscerates how Bloomberg is doing something never before seen in U.S. electoral politics.  Bloomberg’s strategy is to simply overwhelm the competition with cash and purchase the nomination from a DNC Club that supports his ‘never-Bernie’ efforts.