Posted originally on The Conservative Tree house on June 8, 2020 by sundance

It was clear the Biden/Clyburn plan was quickly adjusted due to something internal; likely polling.

Today, the background issue surfaces; the Biden/Clyburn campaign saying they do not support defunding the police.

“As his criminal justice proposal made clear months ago, Vice President Biden does not believe that police should be defunded,” Biden campaign spokesman Andrew Bates told reporters. (link)

Just as we suspected the insufferable stupidity -and ideology- of the far-left movement has been identified by the DNC as a dangerous political position to retain.  And so the retreat begins…. But, like all modern leftists always do, the Democrats begin the retreat by pretending they never supported the position in the first place.

In order for modern leftists to advance their extreme ideology they have to pretend not to know things.  The pretense allows them to avoid admitting the inherent hypocrisy within every leftist position. It’s a laughable situation and so easy to deconstruct.

Minneapolis Mayor Jacob Frey would not promise to defund the police. Remember:

CTUL@CTUL_TC
Mayor Frey @Jacob_Frey says he doesnt want to defund the police. So the crowd led by @BlackVisionsMN tell him to leave. 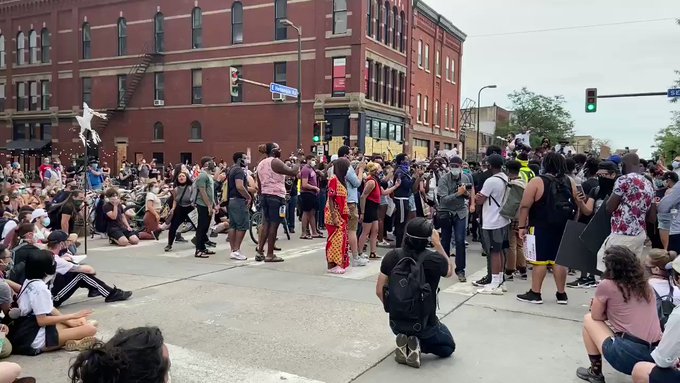 13.7K people are talking about this
They even painted it on the road in front of the White House:

So what’s going on?…

…. EXACTLY what we suspected: