Posted originally on The Conservative Tree House on March 16, 2020 by sundance

Almost everyone who researched the substance behind Rod Rosenstein and Robert Mueller’s heavily promoted Russian indictments knew the underlying claims were centered on the thinnest of evidence.

In July,2018, Robert Mueller asked a federal judge in Washington for an order that would protect the handover of voluminous evidence to lawyers for Concord Management and Consulting LLC, one of three companies and 13 Russian nationals charged in a February 2018 indictment. They are accused of producing propaganda, posing as U.S. activists and posting political content on social media as so-called trolls to encourage strife in the U.S.

Indeed, to an incurious media, a Russian catering company posting Facebook memes might sound like a good justification for a vast Russian election interference prosecution; however, when Concord & the accused Russians show up in court and request to see the evidence against them, well, the prosecutors might just have a problem.  It’s that problem that dogged the Mueller prosecution since 2018.   Today, predictably and finally, the DOJ dropped the nonsense case (full pdf below):

The prosecution was always just a farce.  The ridiculous Russian indictments were only created to give some sense of validity to a premise that did not exist; and to allow the Robert Mueller investigation to continue operating when there was never a valid justification for doing so.

This was perhaps the biggest shell game operation, with a non-existent pea, using the DOJ and FBI to give the impression that something nefarious had happened; when factually the ‘Russian Conspiracy Narrative’ was all just one big hoax upon the American people.

The purpose of Robert Mueller was to create something, find anything, that would lead to their political allies being able to remove a sitting president.  Deputy AG Rod Rosenstein participated in that hoax for those intents….

This purposeful fraud has yet to be addressed.

The troll case will be dismissed w/ prejudice.

How embarrassing for Team Mueller. 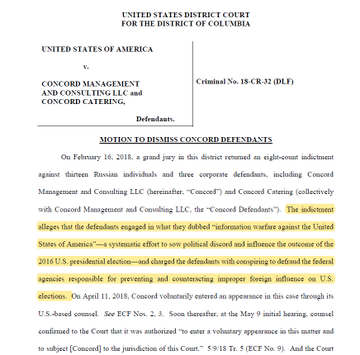 This case has been quite entertaining. Concord attorney Eric Dubelier has, at time, run circles around Special Counsel and DOJ lawyers.

Starting with his claim that the DOJ “indicted the proverbial ham sandwich.” 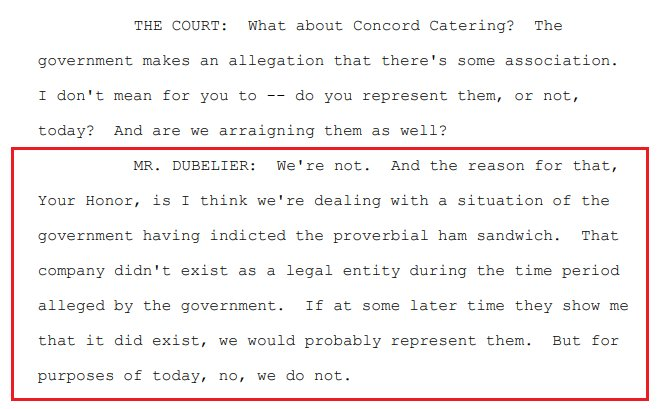 861 people are talking about this

Because it’s quarantine time, here are Dubelier’s greatest hits in the Concord case.

In which Dubelier calls Special Counsel Jeannie Rhee a liar.

Concord lawyer Dubelier returns the Concord summons to Special Counsel Rhee because it doesn’t comply with the Federal Rules.

Dubelier: I find it disturbing that “you are already behaving in a manner that is inconsistent with the practices of the DOJ” 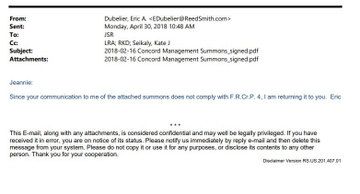 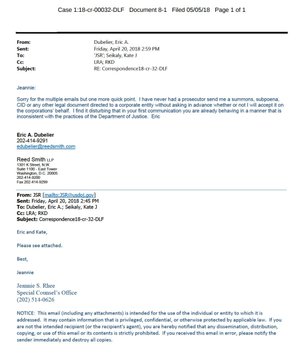 555 people are talking about this

Sidebar: the Concord case was EXCEEDINGLY dangerous because the DOJ twisted the law to fit these defendants.

The alleged illegal activities: Concord interfered with the FEC’s ability to determine whether “statutes were violated.”

Anyway, what was some of the illegal activity? 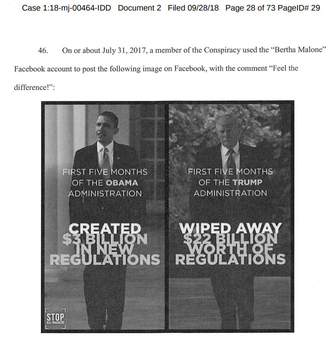 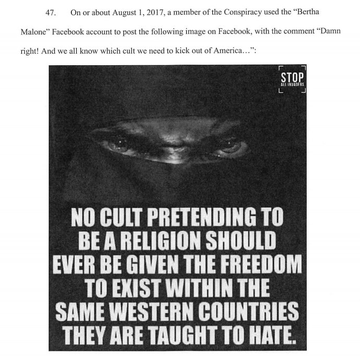 464 people are talking about this

From a 10/2018 hearing: “The real Department of Justice” never would have brought this case. 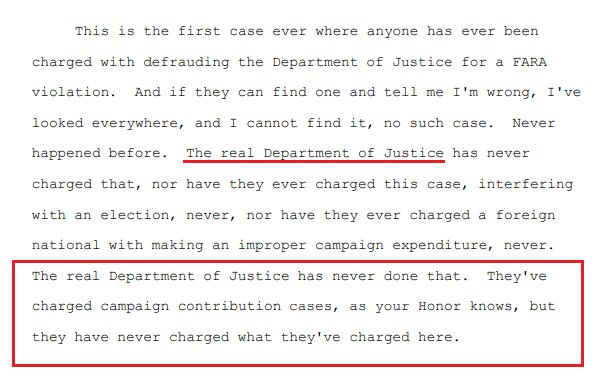 “‘Give a man enough rope and he will hang himself,’ the Special Counsel just did so.” 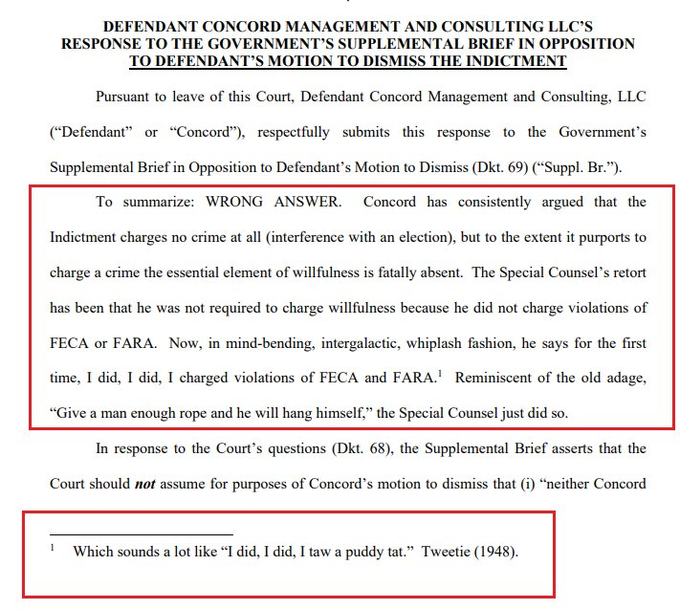 837 people are talking about this