Re-Posted from The Conservative Tree House on June 25, 2019 by sundance

One of the reasons why the Flynn legal situation is so interesting is not really because of Flynn himself; but rather because the Flynn situation is a likely example of President Obama’s surveillance network in operation.

At the 30,000 ft. level Obama’s surveillance network looks like this:

• White House identifies a target; •passes request to the DOJ National Security Division (middlemen); •who then use the auspices of possible FARA violations to pass the instructions to the FBI contractors; •who data-mine the NSA database.

•The FBI results are then passed back to the DOJ-NSD; •who weaponize the information for FISA applications (becomes legal cover); and •pass the authorized surveillance (spying) results back to the White House etc.

It’s a circle of surveillance activity that could encompass almost every politician in Washington DC as they network with foreign lobbyists and special interests.

Techno Fog was the first person to identify FARA violations as the tenuous legal basis for the DOJ-NSD to gain FISC authorized surveillance warrants. It makes sense.

Those warrants then permit surveillance and the unwitting targets can infect anyone they come into contact with.

Using this process unwitting targets would be carrying surveillance like an ebola virus, and the Obama administration would be monitoring almost everyone in Washington DC.

Throughout the weaponized process there’s an element of plausible deniability, and a tenuous legal justification to protect the participants. If questioned the first line of defense would be to assert National Security; and almost all of the activity would be considered “classified”.

Obviously the purposes and intents of the surveillance would be political. However, by using The Foreign Agent Registration Act (FARA), there’s a useful legal cover story. Exploiting the NSA database also ties in neatly to this process. The database is how the FBI would get the evidence for the DOJ-NSD FISA applications.

Restrictions on Title III 4th amendment privacy protections are worked-around by using Title-1 national security claims; and conveniently everything around FISA is classified.

It is not coincidental that Paul Manafort, Rick Gates, George Papadopoulos and Michael Flynn were all charged or threatened with FARA violations. Additionally, in the one known FISA application Carter Page was called an “agent of a foreign government”.

Extending the legal theory into action, the Special Counsel, and particularly DOJ prosecutor Andrew Weissmann, can be viewed as simply charging forward with a pre-existing process all the special counsel participants were familiar with.

Michael Flynn is a case-study in the exact type of target this process would be perfect to ensnare. [Explained Here] Now, whether what’s left of Flynn’s case is enough to drag this political surveillance system into the sunlight is yet to be seen. However, as explained, this is why Flynn’s case is so interesting.

That said, here’s the status hearing from yesterday:

.Here’s the details from last month when Techno Fog first started to see the FARA surveillance pattern within the Flynn case filings.

Techno Fog@Techno_Fog
· May 29, 2019
Suspicions starting to emerge: The DOJ’s failure to enforce FARA violations was intentional.

Not because they ignored the law – but because the DOJ used FARA (or conflated as Section 951) “violations” as a predicate to obtain FISA warrants. 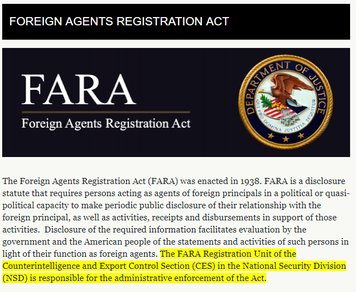 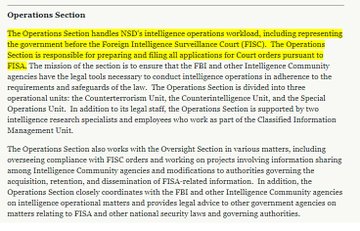 360 people are talking about this

Per DOJ IG, FARA prosecutions are very rare. 7 in 50+ years.

The reason for this may be that the NSD has decided to focus on 18 USC 951.

Why Section 951? Because they can go after “political or non-political activities of agents under the control of foreign governments.”

The NSD Officials say “a Section 951 case generally involves espionage-like or clandestine behavior… or a connection to an intelligence service”
Meanwhile, the FBI’s system “commingles both FARA and Section 951 cases.” 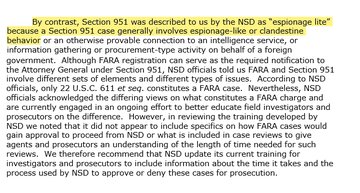 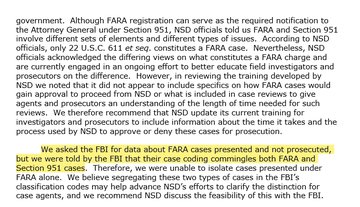 248 people are talking about this

Considering all that, read this whole excerpt from the IG Report.

The NSD was turning away FBI agents with solid FARA cases.

The NSD is in denial, telling the Inspector General that this never occurred. [Something to hide.] 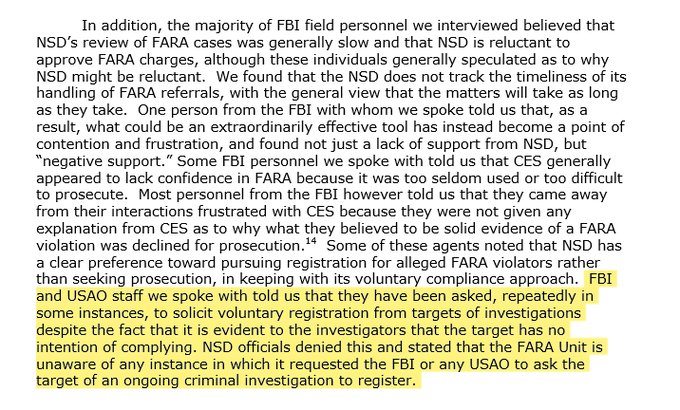 FBI agents saw FARA violations as a way to develop sources. They were ignored by the NSD.

The NSD even overruled local DOJ prosecutors who saw opportunities to bring cases. 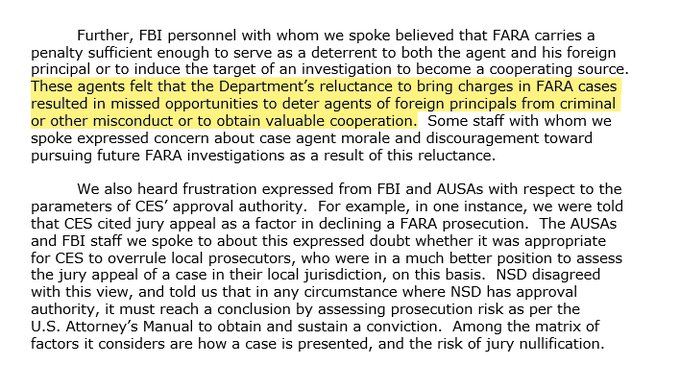 312 people are talking about this

This brings us back to Section 951.

It’s how the DOJ cast a wide FISA net – not only against the Trump Campaign (Carter Page FISA; see also Mueller Report excerpt below)…

But also against US citizens going back to at least 2012. 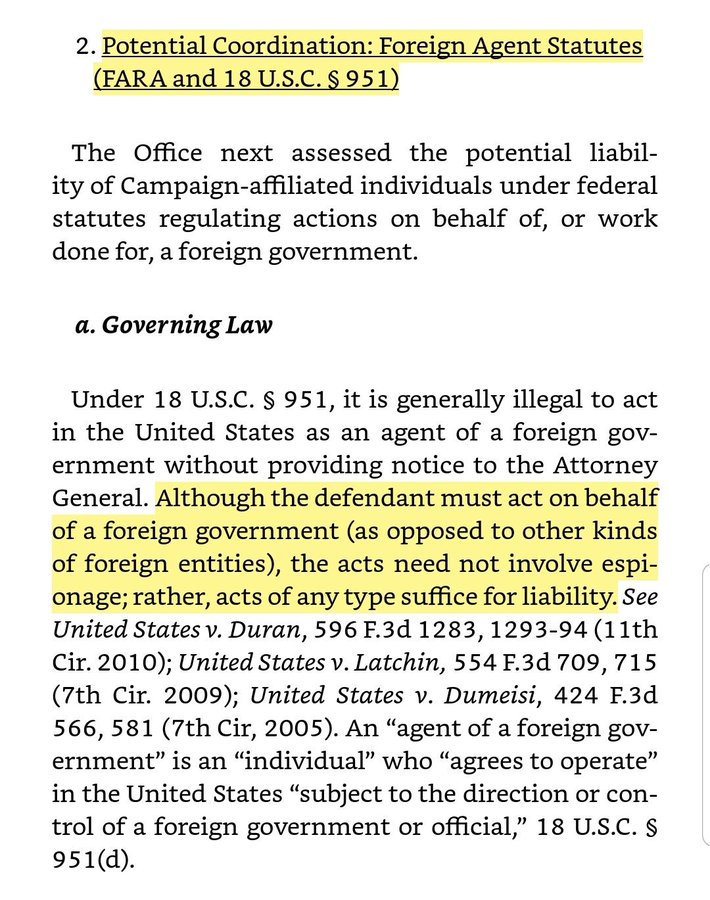 As @TheLastRefuge2 has noted, Obama-era political spying abuse has been going on for years – perhaps since 2012.

But it’s not just how they abuse the intelligence.

It’s how they got the intelligence in the first place. (Section 951) 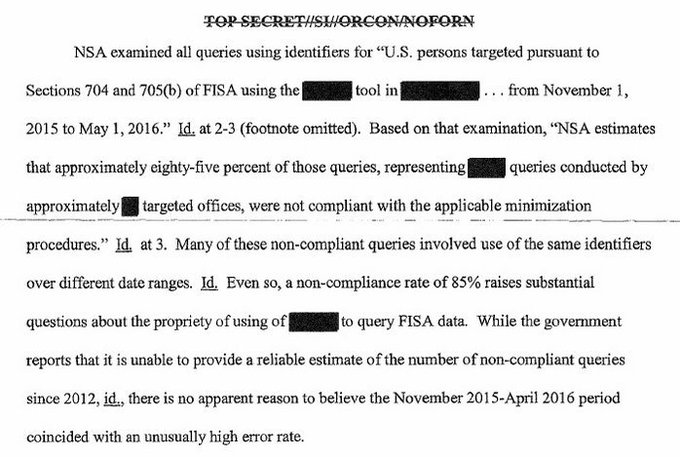 541 people are talking about this

There’s no reason to prosecute FARA violations when the more robust Section 951 is available for intelligence collection. 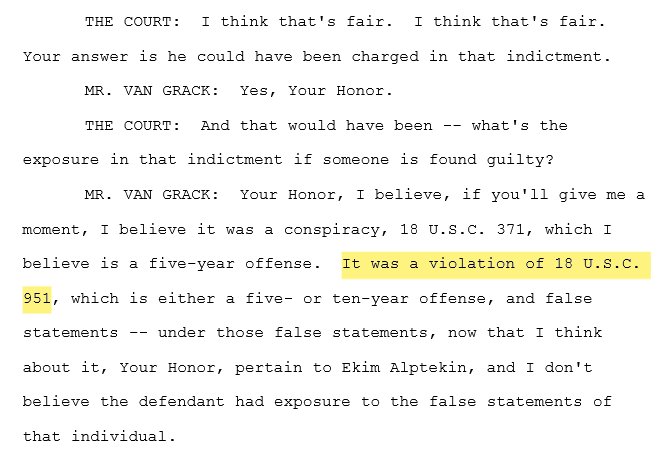 Section 951 (foreign agent) would have been the tool used to gain a FISA warrant on Flynn – whether through the Turkey work or through the IC’s use of Halper.

This may also explain Judge Sullivan’s freak out over “treason” and Mueller’s mention of the Espionage Act re: Flynn. 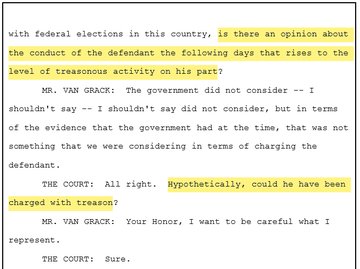 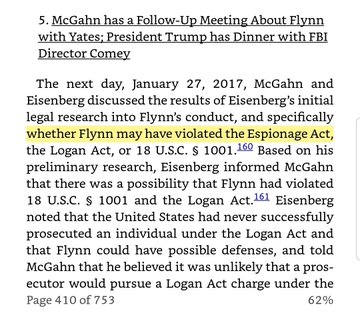 411 people are talking about this
Read the Twitter THREAD HERE