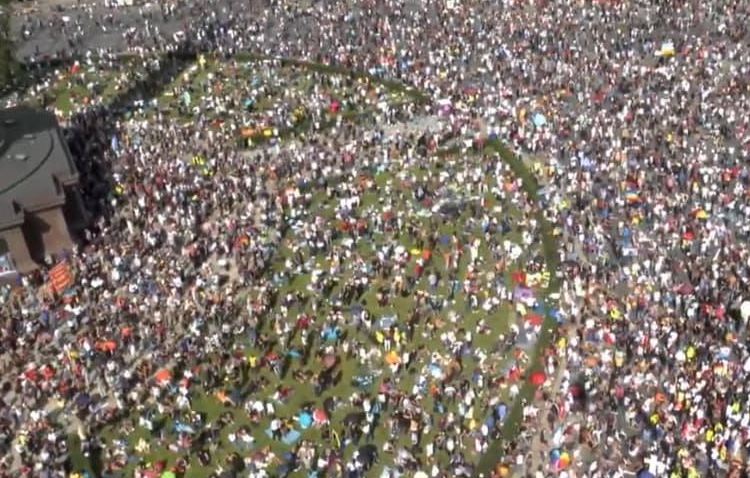 In Berlin acutally we´ve the situation, some trucks (with platforms and
power generators and loaded with people and speakers) from different
directions should drive to “Straße des 17. Juni” where at 15:00 the
central and united demonstration should start. But ignoring the decision
of the 2 courts, the police is blocking most trucks and also clsoed the
side streets, since more than 2 hours yet, so the central demonstration
seems not be able to be held gathered together. – This way yet (can change
later on) we´ve a lot of decentralized demos and for reporters, it looks
like that this time not so many are participating. But, as said, it is
actually simultaneously at a dozen of spots/places. – As a result of
blocking the streets more and more people are stepping into, and so it gets
crowded. Vice versa police states, see they are ignoring the rules. This
is the provocation of the polices, if you close all streets, let the people in
but never out, how should they behave. Regardless some lawyers are there
locally, and the police is blocking them as well, they can not pass to
meet their clients.
D
REPLY: The police seem to be trying to force people into crowded formations to justify claiming they ignored the court orders