Re-Posted from The Conservative Tree House on February 13, 2020 by sundance

The White House has confirmed that President Trump will attend the 63rd running of the Daytona 500 at Daytona International Speedway on Sunday, February 16th. The big race starts at 1:00pm on Fox.  [On Saturday Joe Nemecheck will race Trump/Pence 2020]

The U.S. Secret Service tweeted Wednesday that it was securing the Daytona Speedway. The security team noted drones are banned within a 30-mile radius of the event.

Also, Joe Nemechek will be using patriotic colors of ‘TRUMP / PENCE 2020’ in the NASCAR Xfinity Series season opener on Saturday for the Racing Experience 300.

[NASCAR] “The Daytona 500 is one of the greatest events in sports and the prestigious season-opening event to the NASCAR Cup Series,” track president Chip Wile said in a statement. “Daytona International Speedway has been privileged to have hosted several sitting Presidents of the United States over our history. We’re honored that the President of the United States has chosen to experience the pageantry and excitement of ‘The Great American Race’ by attending Sunday’s 62nd annual Daytona 500.”

President @realDonaldTrump will attend the @NASCAR Daytona 500 on Sunday!

Secret Service issued a No Drone Zone at the speedway.

3,654 people are talking about this

Ladies and Gentlemen start your engines but not your drones. The Secret Service is securing the @NASCAR Daytona 500 by providing a 30 mile “No Drone Zone”. Enjoy the race. 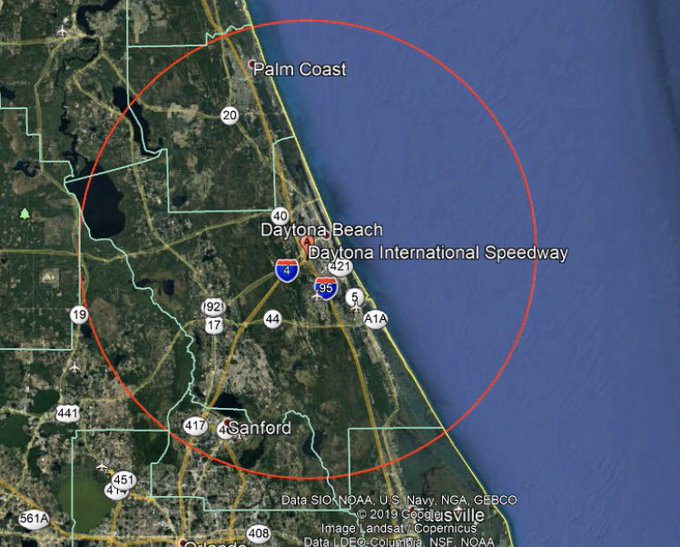 617 people are talking about this

JUST IN: @DISupdates confirms @realDonaldTrump will be at the #Daytona500 this weekend @MyNews13 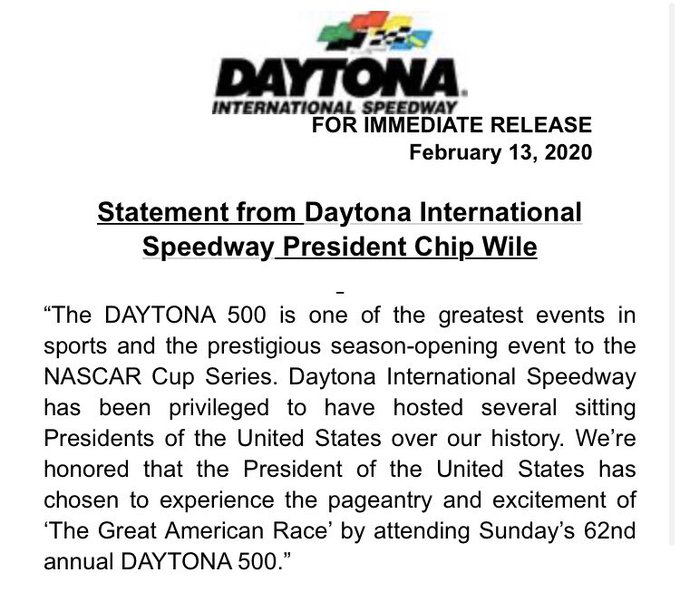 65 people are talking about this