Re-Posted from The Conservative Tree house on July 2, 2019 by sundance

As anticipated the media script via democrat presidential polling narratives are now showing ‘Crazy’ and ‘Creepy’ dropping while ‘Spank-Me’ and ‘How’ gain significant positions.   CNN is now calling Biden, Harris, Warren and Sanders the ‘Top Tier’.

In a heavily promoted poll of Iowa voters, pushed hard by CNN, Creepy has dropped to 24%, Spank-Me jumps to 16%, How gains ground to 13% and Crazy drops to 9%.  All others seemingly irrelevant now.

There’s something very Big Club and Clintonesque about the DNC framework surrounding Kamala Harris.  An argument can made that she checks all the boxes for controlled candidacy.  The DNC club move to re-position California in the 2020 primary could very well be the same club motive that moved Florida in the 2016 cycle for the GOP club.

Those who watched the Kamala Harris launch January 21st; then the Jussie Smollett fake MAGA lynching on January 29th; then the Feb 14th lynch legislation, and then connected the seemingly pushed narrative (all bearing the familiar sniff of Clinton Politcal-Ops) are undoubtedly noting how Harris’s campaign hired Marc Elias, who heads Perkins Coie’s political law group and was Hillary’s campaign lawyer in 2016.

If the media narrative is following the DNC script, then it does seem likely Biden was thrown into the race as a toxic white-male pinata positioned to draw the attention of the party goers.  Everyone taking a turn beating Creepy Joe then helps reset the race dynamic as the visible white male is beaten into submission.

Obviously, under this scenario, Crazy Bernie will cash-out (sell his data) before he gets hoisted into pinata position #2.

The aligned media will never allow Kamala Harris to be vetted and will defend her interests at all costs. 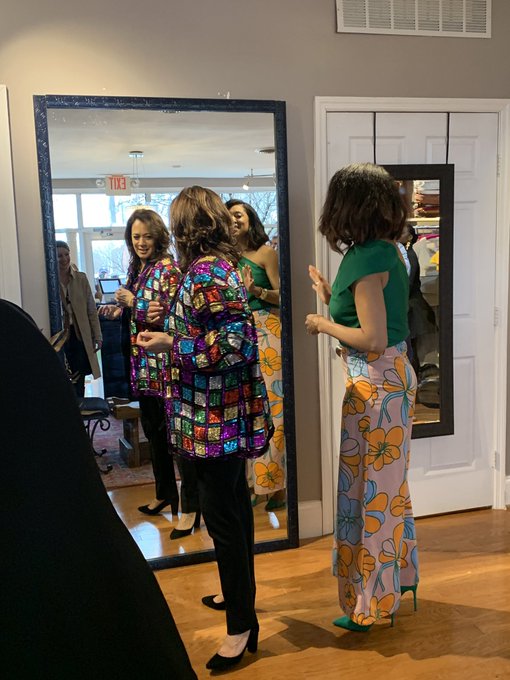 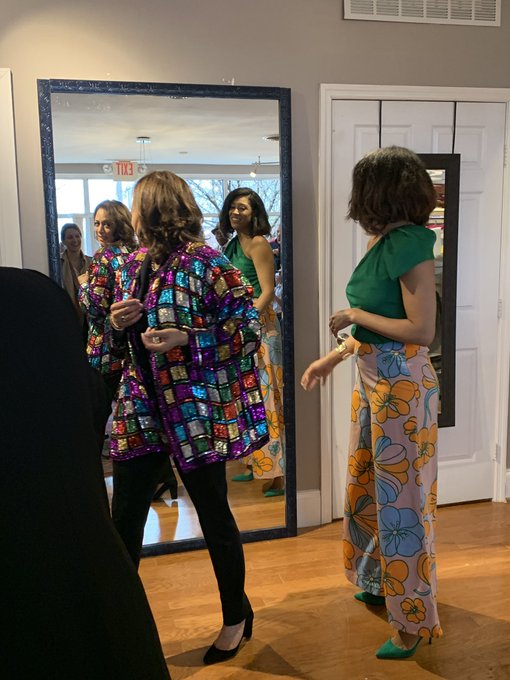 .@KamalaHarris trying this amazing rainbow coat (to me this screams Mardi Gras coat!), inspired by an inquiry from @MaeveReston of #campaignfashionreport fame.

· Feb 16, 2019
.@KamalaHarris trying this amazing rainbow coat (to me this screams Mardi Gras coat!), inspired by an inquiry from @MaeveReston of #campaignfashionreport fame.

Update: she bought the jacket

902 people are talking about this

This is just embarrassing. So now journalists are going shopping with Harris, helping pick out clothes and then putting out glowing tweets about it. https://twitter.com/CHueyBurns/status/1096804616065425410 …
Caitlin Huey-Burns

When the campaign trail takes you to a boutique, and @MaeveReston spots a great sequined jacket for @KamalaHarris to try on. #campaignfashionreport 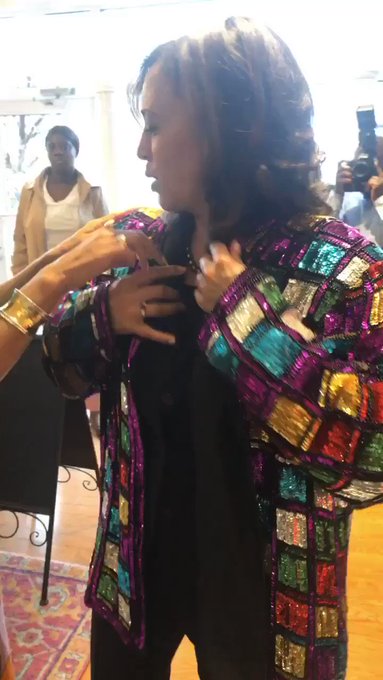 22.1K people are talking about this
Unfortunately for all other candidates; and following the modern problem with media influence; the media will pick their favorite candidate and determine who gets face-time in the debates.   Despite the brutally obvious 2016 example of Bernie -vs- Hillary most grassroots democrats still have not recognized the Big Club is scripting their nominee.

Here’s the narrative as engineered and distributed:

In a new Suffolk University/USA TODAY Poll, Biden continues to lead the field, backed by 24% of those who say they are likely to attend the Democratic caucuses in Iowa that open the presidential contests next year. But Harris has jumped to second place, at 16%, leapfrogging over Sanders, whose support sagged to single digits. At 9%, he finished fourth, behind Massachusetts Sen. Elizabeth Warren at 13%. (more)