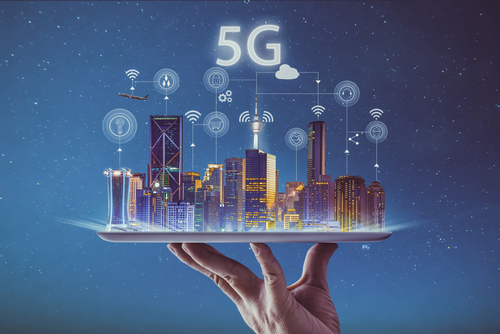 There has been a lot of turmoil over 5G and whether this virus was somehow related. That much I can say is just a conspiracy theory for this virus that has all the hallmarks of being created in a lab. I am always concerned about conspiracy theories because this is how the opposition discredits anything. They deliberately put out stupid statements that can be easily exposed and then the process is if that is fake, so is everything else. I am very careful to stay away from such tactics for I am very much aware of how they are used to discredit valid questions.

There is no question that the prevalence of wireless technologies has spawned a telecommunications revolution. Many people no longer even have a land-line telephone. They use cellular. That has certainly increased our exposure to broader and higher frequencies of the electromagnetic spectrum as we transmit data through a variety of devices. The telecom industry is now promoting 5G to replace the current 4G cellular network. This new generation of higher frequency 5G wavelengths to power the “Internet of Things,” has been marketed as promoting faster data processing that will lead to a whole new generation of amazing new gadgets. They claim this will change our lifestyle and bring it closer to Star Trek.

The question is rather simple. 5G will cut the download time from 20 seconds to 10. However, 5G will require a massive telecommunications network with far more wireless antennas. This will mean that there will be greater radiofrequency radiation. While most are focusing on the increased health risks, such as an article published in Environmental Research, and we are looking at the next generation being exposed to higher levels of microwave radiofrequency, any true assessment of the health consequences is really down to speculation. We may not know the outcome for years or decades. As far back as 2000, there have been people warning about microwave absorption in the Brain and that wireless networks were dangerous as well as laptops. There have been scientists who have stated that there is no reason to assume 5G is safe.

Nonetheless, while all the discussion is focused on health, what seems to be overlooked is WHY? Do we really need to increase the speed? The real reason for 5G is being rolled out is not for amazing new gadgets, but for digital currency with instant payments and 100% surveillance. This Pandemic is being used to not only suppress the protests against 5G but to accomplish it in time for the replacement of the monetary system with a new digital currency among nations. They allowed BitCoin and others to pave the way, but now it will be time to outlaw private cryptocurrencies and force them into government digital currencies. Welcome to 5G – the new instant surveillance network to keep track of everything and everyone.