Several new outlets have been reporting today on the death of Philip Haney, a DHS whistleblower who became well known for outlining how the Obama administration downplayed issues surrounding domestic radical Jihadist activity and Islamic terrorism.

It is being reported by Amador County, CA, sheriff’s office that Haney died of a self-inflicted gunshot wound.  However, many people are questioning the finding.

Haney, 66, “appeared to have suffered a single, self-inflicted gunshot wound,” the Amador County Sheriff’s Office said in a release. Sheriff and coroner Martin A. Ryan shared the initial details of the case.

“On February 21, 2020 at approximately 1012 hours, deputies and detectives responded to the area of Highway 124 and Highway 16 in Plymouth to the report of a male subject on the ground with a gunshot wound,” the release read.

“Upon their arrival, they located and identified 66-year-old Philip Haney, who was deceased and appeared to have suffered a single, self-inflicted gunshot wound. A firearm was located next to Haney and his vehicle. This investigation is active and ongoing. No further details will be released at this time,” the office added. (read more)

Phil Haney was murdered last night. When BHO became President, Phil’s work identifying those (who come here to kill us) was scrubbed from intelligence training manuals & hard drives. Here’s my interview w/Phil about his book, “See Something, Say Nothing”. https://soundcloud.com/docwashburnradio/phillip-haney-5-23-17-karn …

809 people are talking about this

Whistleblower Phil Haney shot dead last night. I knew Phil. He was exposing the penetration of the US government by Islamic cultural jihadists. He was instrumental in exposing Keith Ellision and Obama’s concealment of radical Islam in America. 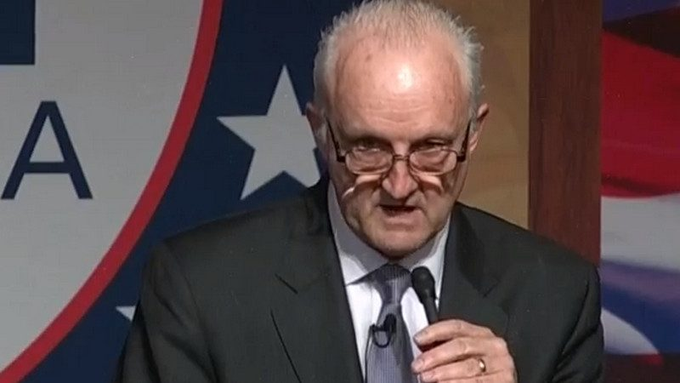 7,395 people are talking about this

BREAKING: The late DHS whistleblower Philip Haney was owed tens of thousands of dollars in unpaid royalties for his bestselling book, “See Something, Say Nothing,” and at one point had sought a class-action lawsuit with other authors stiffed by the publisher

1,302 people are talking about this