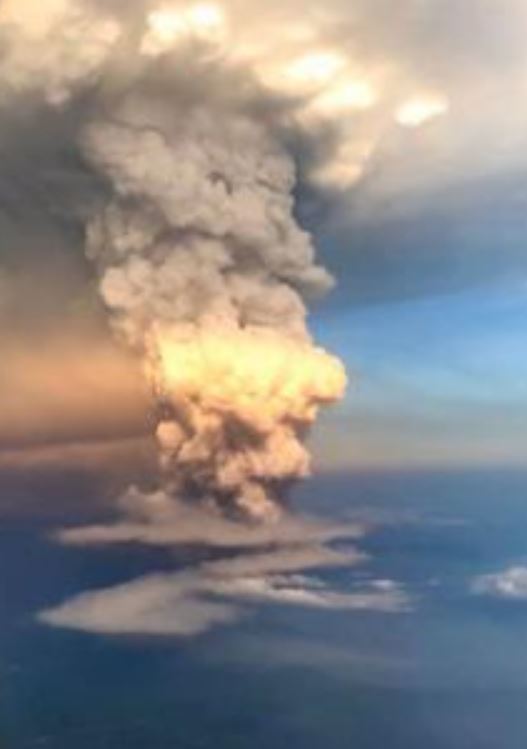 Today the Taal volcano in Luzon, Philippines, erupted in a violent way sending an ash plume as high as 16 km (55.000 ft).

The low solar activity seems to be stirring up things quite a bit.

REPLY: Taal has a long history, and I believe this is the 34th record eruption since the 16th century. I also believe that so far these eruptions are generally VEI 5 or less. Currently, there are warnings that this may be a precursor to a larger eruption.

Taal is very close to Manilla. It is on an island that settlement is forbidden because it has been very active.

The current record-holder remains 2008 when the sun was blank for 268 days making the 2008-2009 solar minimum the deepest since 1913. There have been studies, besides our own correlation models, which have shown that during Solar Minimum, which is a normal part of the 11-year sunspot cycle, there is an increase in volcanic activity. The Dalton Minimum produced the 1816 event known as the Year Without a Summer.

Here, there were eruptions at Taal in 2008, 2009, 2010, and 2011 with a gap until 2019 and now 2020 as we are headed back into a Solar Minimum which NASA warns will be the lowest in 200 years. It at least appears that we should expect an increase in earthquakes and volcanic activity going into the next ECM cycle.

This is the crisis with the Climate Change activists for they are blocking any other research for fear that it will reveal there is a natural cycle unfolding, not human-driven