Chile was believed to be Latin America’s freest, most stable and richest nation. However, it is now in free fall. Public order has collapsed, violence is rampant, and populism is the new creed of the political class. Chile imploded into a social uprising that was initially sparked by a student protest over metro fare hikes in Santiago. This is a global trend to simply raise taxes. People across the country have since mobilized against economic and social inequality, engaging in mostly peaceful but sometimes violent protests. There is a recession, characterized by capital flight and rising unemployment. Income inequality could increase to levels not seen since the 1990s, according to a recent statement by Chile’s Central Bank. The currency has started to see the US dollar rise sharply on a technical basis. 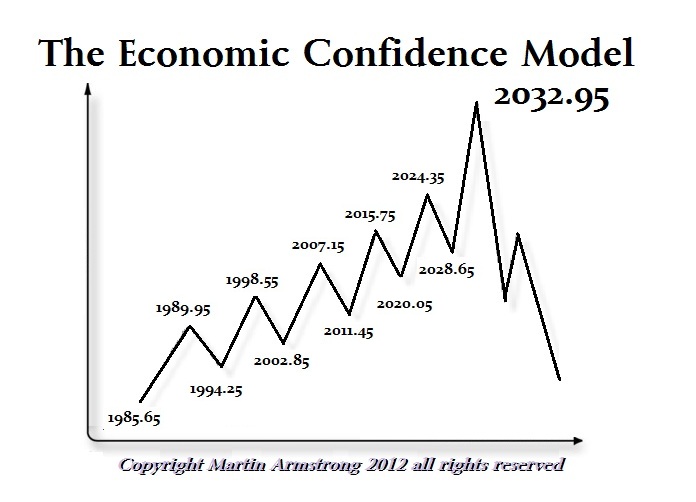 The previous US dollar high was 2002, which was perfectly in line with the Economic Confidence Model. The dollar declined thereafter with the lowest yearly closing at the peak in the ECM in 2007. It was then 2015 when the dollar finally broke through the Downtrend Line from the 2002 high. That implied we should have witnessed a dollar rally into January 2020. After an initial high in November 2019, the dollar declined into the week of December 30th and has started to rally thereafter. There is obviously a risk that exceeded the November 2019 high, and we can see a Cycle Inversion with a rally into perhaps the highest annual closing for the dollar in 2021. 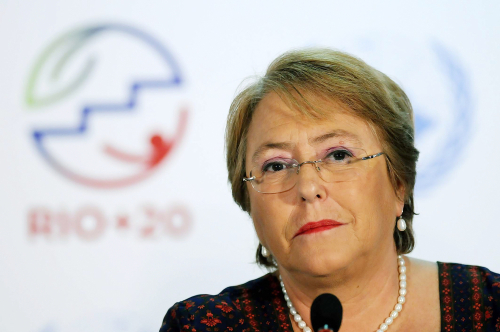 The politics in Chile have been a ping pong match with the extremes battling back and forth between the very left and the very right. For the third time in 12 years, Chile’s two major political figures traded the positions of the presidency. The socialist leader Michelle Bachelet made history in 2006 by becoming first woman elected president in Chile. However, just four years later, voters went in the opposite direction, choosing a conservative billionaire businessman, Sebastián Piñera. Then the Socialist Ms. Bachelet reclaimed the presidency in 2014, which was then followed by a reversal of fortune with Mr. Piñera took coming back yet again in elections of 2018.

Since the 2018 election of President Sebastián Piñera, the clash between left and right took a mere 40 days to take what was once considered the Latin American “oasis” to sheer political chaos. Students began to riot as they did against Trump, taking what had been one of the most stable Latin American economies into a dramatic economic decline in a matter of weeks. What has taken place in Chile should be a warning of what is coming to every Western democracy — the refusal to accept a political loss of any kind by both sides. 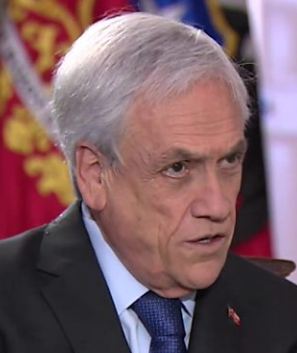 President Sebastián Piñera has vowed he will not resign despite the mass anti-government protests. As mentioned, the demonstrations were originally triggered by a now suspended rise in the price of metro fares in Santiago. This is similar to how the French protest began over a tax hike on fuel for global warming. Protesters are now marching to express their discontent over a wide variety of problems much the same as we have seen in France and even in Hong Kong.

Capital investment fell in each year of Bachelet’s Socialist term. Such a consistent reduction in investment hasn’t happened since data was first collected, in the 1960s. Economic growth collapsed from an annual average of 5.3% under the previous government of Mr. Piñera (2010-14) to 1.7% under Ms. Bachelet. Real wage growth took a 50% hit.

The social agenda was being indoctrinated by its universities by telling students that there were economic injustices and an inequality of wealth. They spread the profoundly false narrative by creating the myth that Chile is an extreme case of injustice and abuse. It began with progressive ideologues that spread the idea that there was nothing to feel proud about in Chile. This idea has been fostered and is the backdrop in Chile much as it has been spread in the United States and especially Europe. Bachelet’s second term was all about her social justice-driven agenda.

When Piñera came to power, he too accepted this basic premise of progressive economics and he began to raise taxes to address what he called one of Chile’s main problems: inequality. He then tried to re-establish order by buying off interest groups with benefits and handed out a substantial increase in government spending to support retirees. His higher personal income taxes and more generous health insurance schemes, along with a guaranteed minimum income for all Chilean workers, caused a once conservative government to bend its knee to socialistic agendas. 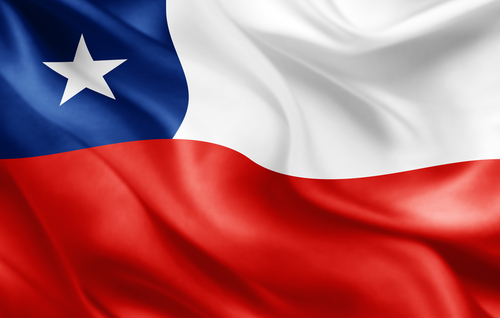 Chile stands as a warning of what is unfolding on a global scale. The media and universities are pushing this climate change agenda to support the return of Marxism. Chilean elites are now also waging a sustained war against law enforcement. Many police officers will not dare act for fear of sensationalist media coverage and punishments by courts under the sway of progressive elites. The free market has not failed in Chile as the socialists argue. They are seeking to subjugate the investment class which is so needed to start small businesses that the prospect of even looking to invest in the future appears dismal at best. Until confidence is restored in the future, Chile is position to collapse economically going into the global turning point in 2032.