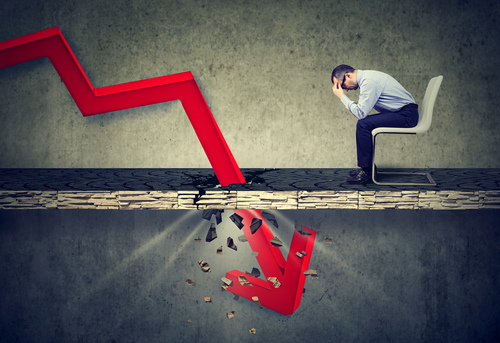 COMMENT: You mention Dalio saying cash is trash. Did you happen to see them ask Tudor Jones about those comments only an hour after in Davos as well? He pretty much ignored the question as they are “friends” but you could tell he disagreed. I’ve watched other interviews with both of them together and is painfully obvious Jones is a trader and looks at the world through capital flows (yes obviously followed you for years) while Dalio is the traditional fundamental analysis type. Jones also talked about the coronavirus being a curveball that could interrupt the markets, while the reporters didn’t even believe him, at that point in time.

REPLY: Yes, Paul actually bought hundreds of copies of the Greatest Bull Market in History back in 1986 and handed them out to all his clients. There is a SUBSTANTIAL difference between fundamentalists who try to reason the world and you cannot do that. A trader cares not if a given market rises or falls – it’s just a trade. I have told the story of how I went to lunch with the CEO of one of the biggest Swiss banks in Geneva. I was going to open our first office overseas in 1985 and I knew there was underlying American resentment in many places throughout Europe. I had a list of various names we came up with like European Advisers or something like that. He asked me to name one European analyst. I was embarrassed because I couldn’t. I apologized and said I sure there were, but just never met any.

He laughed and said there were none. If he was British he was also bullish the pound. The same with the French or Germans. He then explained to me why everyone used my firm. He said you do not care if the dollar rises or falls. We became the largest FOREX adviser because the analysts who worked for banks could never take a bearish position on their currency because the European politicians always used it as the proof they were doing a good job post-World War II because the currency rose in values reflecting the booming recovery.

A trade calls a currency, the Dow, gold, or whatever be it up or down because it is just a trade. I warned at the WEC in Orlando that the market was ripe for a correction come the January turning point on the ECM because it had risen 11 years.

Fundamentalists assume markets move only on events. That is not true. The market moves and the commentators try to find the explanation. It simply declined because it was tired and everyone who thought of buying had already bought it. Thus, a correction was ripe. That does not negate the long-term and new highs again just as we saw from the 1987 Crash or the 2009 low.

This is why you should NEVER give your money to a fundamentalist to manage. NEVER!!!!!