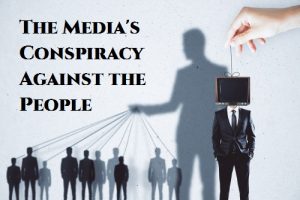 YouTube moderators, with no medical background to even determine if what is being said is true, are censoring doctors who contradict the WHO and Bill Gates. It is totally outrageous how these social media companies are conspiring against the people to censor things they have no expertise in reviewing. This is purely a “policy” decision, which would be hate speech if they promoted that everyone within some race was evil. They removed even Trump’s retweet of the doctors who staged a press conference in front of the Supreme Court. Since this involves the health and welfare of all people, they claim they have a right to impose their own political views. If someone dies because they were refused hydroxychloroquine because of the media, the media should be held responsible. 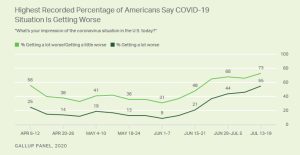 The media has grossly misrepresented the threat of COVID-19, which clearly shows they are trying desperately to spark a political coup, whereas if the Russians did this, they would demand investigations if not war. On average, Democrats appear to be deeply biased and live in fear of COVID-19, while people aged 55 and older account for 92% of all deaths. Those people aged 44 and younger account for only 2.7% of all deaths. Democrats have been seriously misinformed and overestimate the risk of death from COVID-19 for people under the age of 24, assuming it is a 50/50 chance, when the real risk remains people aged 65 and older. Never in the history of the United States has such a misinformation/propaganda campaign been waged against the people by the media.

I reported that my cousin was a front line-nurse in New Jersey. She caught COVID-19 and it passed in a couple of days. But she gave it to her husband who was overweight and had diabetes. He had to go to the hospital with lung problems. They gave him hydroxychloroquine and zinc, and he was home in two days. The only reason there is this war against hydroxychloroquine is that it negates Bill Gates’ vaccine. The media will not report how much Gates and his vaccine partners stand to make from this agenda. Why? By also denying that hydroxychloroquine works, it allows them to take even more draconian steps to impose lockdowns and imprison people for violating their decrees. This certainly seems to have a political undertone. 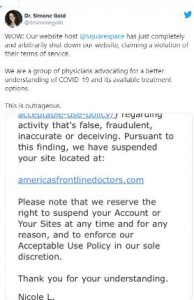 The retaliation anyone who stands up against the left and their agenda is vicious. The lead doctor in that press conference before the Supreme Court that YouTube took down was fired, and then they had their website shut down. Welcome to the real America where freedom of speech is nothing more than a bedtime story.

There is a whole other agenda here, and it is far worse than what they accused Russia of doing (interfering in the 2016 US elections). The US, under the guidance of the Clintons, allowed the bankers to try to take over Russia TRANSFORMING IT INTO A VESSEL STATE by blackmailing Yeltsin. It was this clandestine operation from the Money Plane supporting “the Club” which forced Yeltsin to turn to Putin. This is perhaps why Goldman Sachs demanded their staff could not donate to Trump — only Hillary. 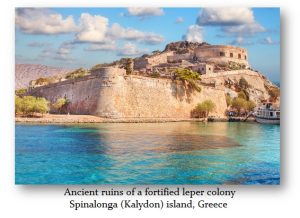 This is clearly an all-out war to take over the government and force a Socialistic agenda to raise taxes dramatically and impose this Great Reset agenda upon everyone by eliminating all freedom under the pretense of public health. Never in the history of the world has any other government used public health as the excuse to destroy what people have worked for, alter the economy, and strip all of us of our right to be free of such tyranny. Never has anyone ever been quarantined for thousands of years unless they were sick. You do not quarantine the entire population. Lepers were sent to colonies, but they did not lock down the entire population.

There are many in the media who have simply become the new enemy within against the people.