This post is about Bill Gates and his personal vision to safe the human race from extinction, or so he claims. It seems however that when we dig deep into his and his family’ past that things are not what they seem. 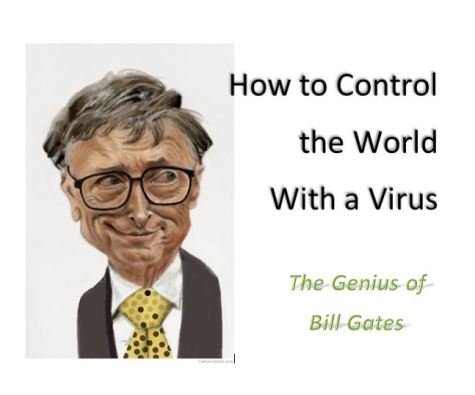 A dozen years ago, or there about, Bill Gates became worried about Climate Change and started to give TED talks on what the world had to do to save us from extinction. In those presentations Gates stated that one of the variables in his equation had to go to zero to stop Carbon Dioxide from killing all of us.  Now keep in mind that Gates does not have any degrees and knows little about anything but making money with software. We do however recognize that he was very good at that but we must also understand that he had no formal training or studies in anything else.

Gates’ vision is a world with less than a billion people and probably closer to 500 million. This world will be very clean and use only solar PV or Wind to power this Utopian Dream. Everything will be perfect and safe for those that reside in that world. Dreams of that kind are neither practical nor doable but that never stops those that have these visions: like Karl Marx who also had a vision of a perfect world Marxism. Unfortunately that vision brought us WW I,  WW II and the cold war and hundreds of millions of dead people, and Marxism has still not been eliminate as the evil system that it is.

Gates has managed to merge Marxism, Environmentalism, Climate change and World health into one Political system using technology, which he is very good at. What Gates has started makes George Orwell’s “1984” look like it was done by a rank amateur. If Gates even comes close to achieving his objectives we will be living in Hell! This system of his is called “The Great Reset” Meaning the TOTAL REDO of: our culture, our economics system, and our political system.

The story of Bill gates from James Corbett