Re-Posted from The Conservative Tree House on December 13, 2019 by sundance

Following a major election victory for conservatives in the U.K. the Antifa-left start rioting in the streets again.  Proving once more that socialists do not accept election outcomes.

The inability of the progressive left to accept the outcome of an election is identical in both the U.K and the U.S.  Calling Boris Johnson a racist and attempting to delegitimize the election outcome has a ring of familiarity for Americans.

The decades of their united globalist efforts to tear at the very fabric of nationalism is being eliminated. The radical socialists have nothing to lose; the media is sympathetic to their objectives; their desperate need for a collectivist society is visible within their apoplexy.  They are afraid of the individual accountability that comes with freedom, and they’re damn sure displaying it.

Do not look away.

Antifa are rioting in London in response to the election results giving Conservatives a huge electoral win. It’s like what I saw in Portland in November 2016. 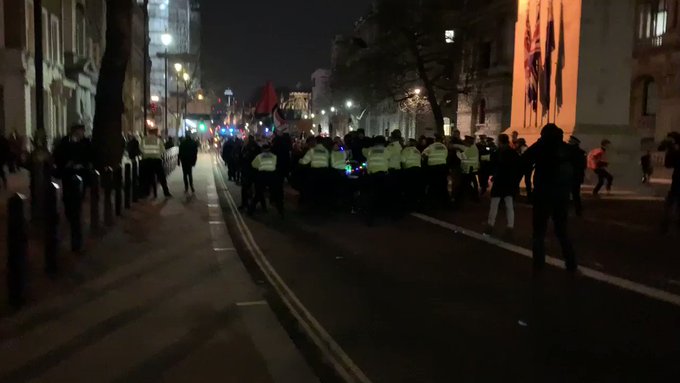 9,856 people are talking about this